List of the most expensive players in IPL (season-wise) 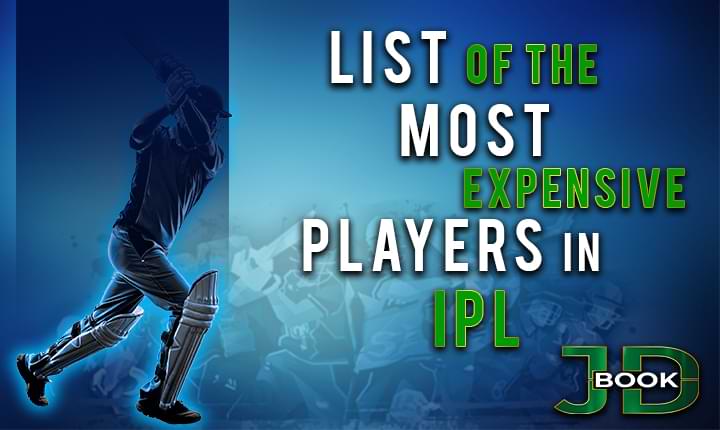 The Indian Premier League is one of the most popular cricket leagues organized by the wealthiest cricket board in the world, and the auction has been as tempting as it has been in previous seasons. We have brought a complete list of the most expensive players in IPL.

The mega auction for the Tata IPL 2022 was a success, a total of 204 players were sold for more than 550 crores, including both overseas and native players. It was a completely exciting show, with bidders at the peak bidding for their favorite players. The auction was more spiced up with the inclusion of two new teams, the Lucknow Super Giants and Gujarat Titans.

Also Read: Top Batsmen with Most Sixes in IPL History

Captain cool MS Dhoni was one of the most expensive players in IPL 2008 season, and he was the player that every bidder looked up to because of his T20 leadership brilliance and his ability to shift the momentum of the game at the last moment.

The Kiwis pace King Shane Bond was bought by Kolkata Knight Riders for 4.8 crores while the long-term commitment of Kieron Pollard with Mumbai Indians made them bid for him again for the same amount. Both the players were the most expensive players of IPL 2010.

Gautam Gambhir became the first player in IPL to break the 10 crore barrier. He was bought by Kolkata Knight Riders for 14.9 crores. Because he played a vital role in India’s World Cup victory. Gambhir was a brilliant addition to the Kolkata Knight Riders team, as he brilliantly contributed with his bat and also helped the team to win the two IPL titles.

Chennai Super Kings saw the potential in young Ravindra Jadeja and recognized the importance he provides to the squad as an all-rounder. From then onwards the franchise has made him an important member of the squad, in the 2012 IPL auction he was one of the most expensive players. CSK paid him Rs 12.8 crores.

The Mumbai Indians bought the Australian star all-rounder in a mini-auction of 2013 for Rs 6.3 crores, however, he only stayed for one season with the squad. Glenn Maxwell’s stay with the Mumbai Indians was for a short time later he was bought by Punjab Kings.

Royal Challengers Bangalore came close to breaking Gautam Gambhir’s highest-bid record. In the IPL auction, the franchise paid Rs 14 crores for the left-handed all-rounder. However, he only played one season for them, as he didn’t perform well in the season.

Australian all-rounder Shane Watson was bought by Royal Challengers Bangalore for Rs 9.5 crores. Unfortunately, he wasn’t able to perform well for the team that season, and he was eventually bought by Chennai Super Kings in the very next season, where he outperformed his previous performance with RCB. He was one of the most expensive players in IPL 2016.

After Rising Pune Supergiants in 2018, the English all-rounder was bought by joined the Rajasthan Royals. Ben Stokes was bought for Rs 12.5 crores, making him one of the most expensive players in the IPL.

In the 2020 IPL auction, Kolkata Knight Riders bought the Australian pace bowler for the highest bid of that season i.e. Rs 15.5 crores. Pat Cummins performed up to the mark for the Knight Riders that season and made himself worthy of the amount that they had to spend for him.

The South-African all-rounder Chris Morris became one of the most expensive players in IPL history. Rajasthan Royals bought him for Rs 16.25 crores. This was the season when Yuvraj Singh’s record bid was broken by an overseas player.

Ishan Kishan, the young Indian batter takes the position of the most expensive players in IPL 2022. Mumbai Indians bought him for Rs 15.25 crores. Unfortunately, he is not performing well this season.

The most expensive players in IPL history are listed above (season-wise). We hope you enjoyed reading our article and learned something from it. Keep checking back to our website for more content for cricket fans like you.

We hope you have gone through the article and liked it. Don’t wait around too much if you want to get started on online betting. Join JD book to experience the best cricket betting services that you can avail yourself of.